The Crewe and Harpur Arms

From a Georgian Coaching Inn to a Unique Exclusive Use Venue

The Crewe and Harpur Arms has been welcoming guests and weary travellers to the Peak District for almost 200 years. In the 18th Century, Longnor was considered a market town of importance and was the first stop on the main route from Manchester to London. The Crewe & Harpur Arms was one of 5 pubs in the bustling town at the time and hosted weary travellers and their coachmen on the long route to London.

If you spend enough time in the Peak District, you’ll begin to see the names Crewe or Harpur appear all over, which we'll explore in this blog. 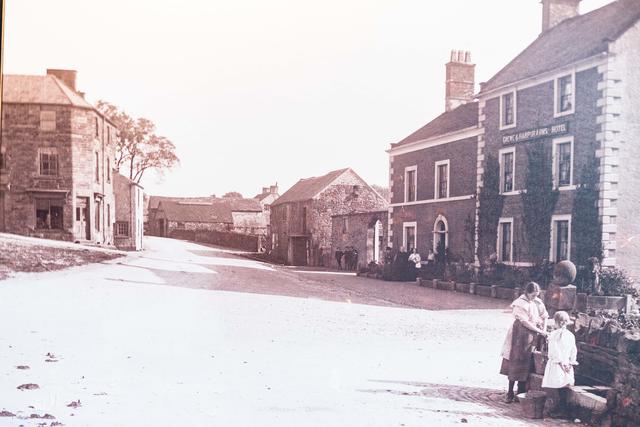 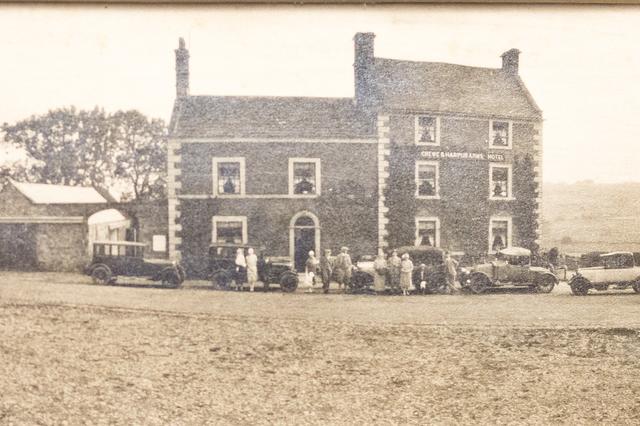 Where does the name Crewe and Harpur originate from?

Crewe and Harpur are surnames of a well respected Derbyshire family in the 16th century.  To explain the variation of these names and their origin in the Peak District we first need to talk about Ranks and Titles in the United Kingdom, known as Peerages.

Peerages are titles created and awarded by Kings and Queens of England. There are five titles of the peerage, in descending order of rank they are:

Peerage is a legal system in the UK comprising both hereditary and lifetime titles. Lifetime titles mean they can't be passed down to children.

Our understanding is, that the pub is named after the Harpur and Crewe Baronets, who resided in Calke Abbey in Ticknall, South Derbyshire.

Delving into their history can make understanding the origins of the Crewe and Harpur name confusing as the surnames were swapped and changed over 300 years whilst living at Calke Abbey.

A brief history of the Harpur Crewe Family

Before becoming Baronets, the Harpur family became a respected family in Derbyshire in the 16th century, down to a man named Richard Harpur.

He was a successful lawyer and later judge and acquired the wealth to purchase land, manors, and estates upon his marriage to Jane Finderne - granddaughter of Sir John Port of Etwall, whose wealth founded Repton School

As Jane Finderne was the heiress of the Finderne family, Richard acquired several manors and went on to buy several estates across the country, including the Alstonefield Estate. At the time, the Alstonefield Estate included surrounding townships of Quarnford, Hollinsclough, Warslow and Longnor. Longnor being the location of the Crewe and Harpur pub.

Calke Abbey wasn't part of Richard Harpurs estate at this time, but was later purchased by his grandson, Sir Henry Harpur, in 1622.

Richard’s grandson, Sir Henry Harpur, became the first Baronet after purchasing the title in 1626 from King Charles 1st, who sold these titles to fund his war chest in Ireland!

180 years later in 1808, Henry Harpur (7th Baronet) also known as the Isolated Baronet, decided to claim the Crewe peerage derived from his great grandmother, wife of John Harpur, (4th Baronet). He gained the title through royal licence and changed his name to Henry Crewe.

John the 9th Baronet re-established the Harpur name and became known as Sir John Harpur Crewe. In 1886 the title and estate was passed to Sir Vauncey Harpur Crewe, the 10th and final Baronet. Although the baronetcy title died with him, the estates were passed to his daughter Hilda.

Being left with staggering death duties meant Hilda sold vast quantities of the estate to pay for taxes. Over time, the land, farms, and public houses all came into private ownership.

In 1985 Calke Abbey was transferred to the National Trust in settlement of death duties and here, you can discover a wealth of fascinating history surrounding the 10 baronets.

As the estate of the Harpur Crewe family was slowly sold off, there is a sense of irony that this pub was often used as the auction site for some of the sales of the estate.

Although we do not know the exact date the pub itself went into private ownership, we do know that it was a very popular pub right up to the early 2000s with travellers and locals alike. 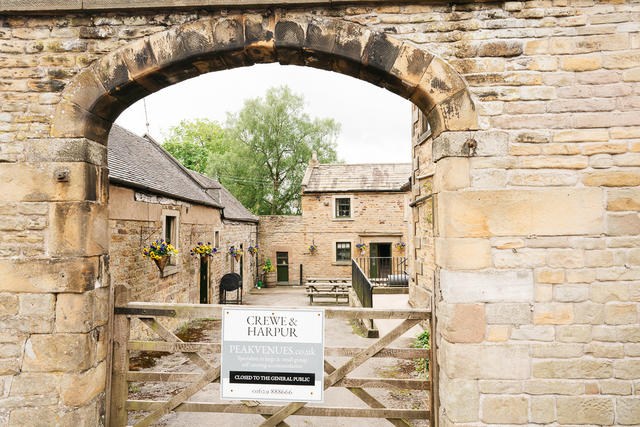 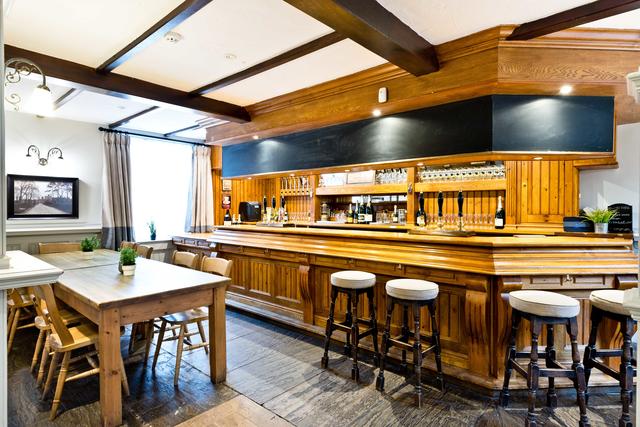 The Crewe and Harpur Arms stands proudly on the southern side of Longnor marketplace with its striking redbrick Georgian style. Unusual in the wild moorlands of Staffordshire, but bears striking resemblance to other public houses found on the Swarkestone Estate in South Derbyshire, also owned by the Harpur Crewe family.

Next to the main building and nestled around the courtyard are 3 cottages aptly named Calke Cottage, Abbey Cottage and Etwall Cottage. Historic England lists the latter as a Grade II listed building (alongside the main hotel building) and is detailed as The Coachman’s House.

After the pub closed its doors to the public, Peak Venues took over and lovingly restored it to its former glory and it now provides self-catering group accommodation. The main hotel building and Etwall cottage (the former coachman's house) are grade II listed so many of the original features are still in place, from the original windows, wooden beams, fireplaces, stone flooring, butler bells and original oak bar.

Keeping these original features really adds to the charm and quirkiness of the venue, not to mention that those who hire the pub get to run their own bar!

With 17 bedrooms, across the site, you will have plenty of space to host and entertain. The main building offers 8 bedrooms all with ensuites and the 3 cottages offer tranquil spaces to rest and relax for those that appreciate a little time away from the group.
Of course, socialising will take place around the magnificent bar area complete with working pumps, loads of tables and a darts board. There is a further lounge area with loads of comfy seating, a games room with table football, junior table tennis and another dart board. There is also a huge kitchen which is fully equipped so you can cook to your heart's content, or even better, hire a chef to do the hard work for you!
Sleeping up to 34 guests across the main hotel building and the 3 charming cottages in the courtyard. The Crewe & Harpur is available as an exclusive use self-catering venue and offers a great place for large groups to gather together for an unforgettable weekend in the Staffordshire Moorlands and Peak District National Park.
Celebrate birthdays and anniversaries with friends and family, host an alternative hen or stag weekend, or simply bring your loved ones together for a relaxing and unique break.

Book Your Stay at The Crewe and Harpur

As you can imagine the Crewe and Harpur Arms make for a wonderful place to gather your friends and family for a weekend of fun in the Peak District. It's certainly one of our most popular venues so what are you waiting for...get planning the next big getaway. 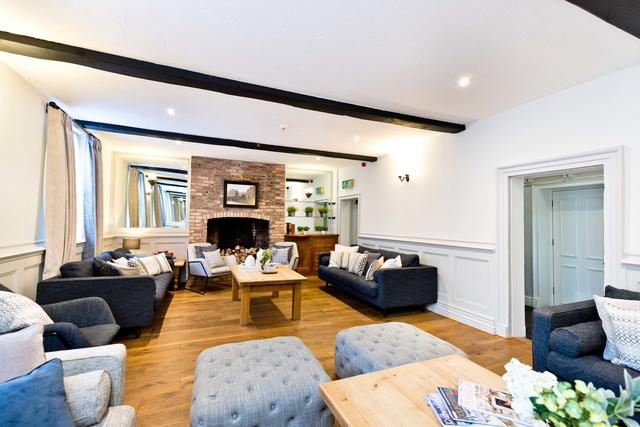 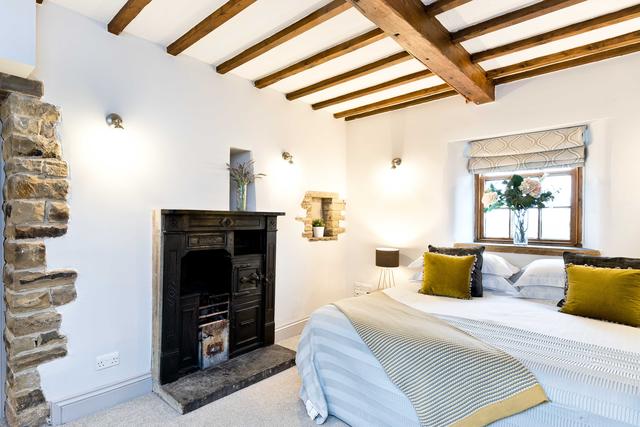 The 2nd season of remarkable home follows more brave people who take on incredible and challenging renovations of some of the country's oldest and quirkiest commercial buildings. The Crewe and Harpur was certainly one of our most challenging renovations to date but we love what we've done with the place and we hope you will too.

Follow us @peakvenues and find your next Peak District escape