Treasure Hunts & Hunted in the Peaks

If you and your group are looking to do a good old-fashioned Treasure Hunt or perhaps you like the thought of being Hunted down in the Peak District and think you have what it takes to evade capture, then this activity is definitely for you.

The Peak Venues team had the privilege of an evening of high drama from  Cliff House which overlooks the stunning viaduct at Monsall Head.  On the day of our Hunt we met with the boys from peaksGO.  They gave us a talk on safety and how the Hunt would work before splitting us into teams to compete against each other. Each of our teams was given a copy of the rules and one of their incredible, hand drawn treasure maps, before being sent on our way down into the Dale.

As we chose to take part in their Hunted activity, we were each given a yellow token. After twenty minutes of us setting off to do the Treasure Hunt the Hunters were on our tail, attempting to capture us. It was like the best game of hide and seek ever!  If they captured any of our team members, we had to give them our yellow token, which in turn lost us valuable points. The treasures we found were also worth points, which gave the hunt a light hearted competitive edge as we were all looking for the same treasures.

I don’t want to give too much away as it would spoil the surprise, other than to say you cannot go wrong with a peaksGO hunt.

It was an exciting team building experience from start to finish! The team at ‘peaksGO’ were brilliant at building the day around us, making sure we’d got everything we needed for our team dynamics and abilities. I would highly recommend doing this if you have a team that are at all competitive!

How long do they take: The hunts/Hunted take between 2 and 4 hours based on your teams’ requirements and can be made longer if required.

Where do the Hunts take place:  There are several locations within the Peak District National Park to choose from, The Roaches, Cromford Mills, Monsal Dale and Hartington to name a few. peaksGO are currently working with Peak Venues to provide hunts to start and end on the doorsteps of some their more popular locations.

﻿Perfect Houses to combing with a Treasure Hunt: 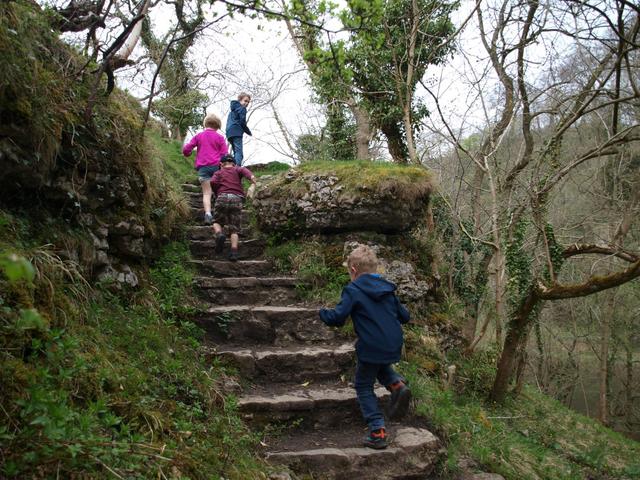